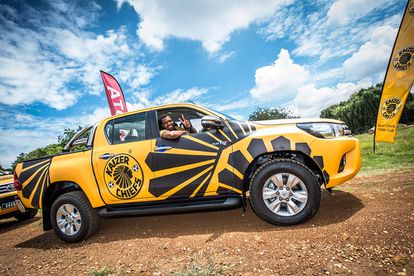 Kaizer Chiefs have THREE legends in their current squad, these men will go down as Amakhosi greats irrespective of how their careers end.

Chiefs have failed to win any PSL or Cup trophy since 2015. Meaning, it has been a full 7 year’s since the Glamour Boys stayed true to their nickname.

During their last title-winning season there were three prominent players who have been at the heart of their squad since then and well before then.

Itumeleng Khune, Bernard Parker and Eric Mathoho have been part of Amakhosi for over a decade. They have won several PSL trophies as well as many league titles between them.

Khune, Parker and Mathoho have stuck with the Naturena-based Soweto giants through thick and thin. These three men will rightfully go down as Amakhosi legends when they decide to hang up their boots.

Parker may be on his way out of the club if recent reports are to be believed. Khune is willing to give his all to go as far as he can, now that Baxter is gone he may very well be given a chance. He stood out when he was given a chance to play for Warriors FC in the DStv Compact Cup.

Showing he still has all the class and character that made Mzansi fall in love with him.

As for Mathoho, he is still a regular starter and is a vital part of Chiefs’ defence. He missed the recent DStv Premiership match against Stellenbosch FC due to a fitness concern, according to .

These players carry the last remains of what was a truly legendary era for Chiefs football. All good things must come to an end but they have created several long lasting memories for millions of Amakhosi supporters.

Who is your favourite current Amakhosi legend?