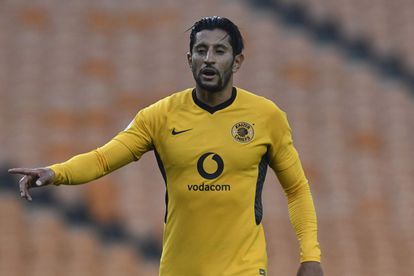 Former Kaizer Chiefs forward Leonardo Castro has returned home to Colombia after Amakhosi decided not to renew his contract at the end of last season.

The 33-year-old spent four and a half years at Naturena after being signed in January 2018 from Mamelodi Sundowns.

Castro struggled at times at the Glamour Boys with injuries, but during his time at the club he played 123 matches in all competitions, scoring 29 goals.

In an interview with Kickoff, Castro’s business manager Baber Siddique confirmed that his client had flown home to Colombia.

“Though Leo has options in Colombia and Bolivia there is also another possibility in the PSL, and talks are ongoing with the relevant people.

“What is certain is that Leo will be playing football again because he is fit and ready to go again.

“He is now back home in Colombia,” Siddique said.

Meanwhile, as reported by The South African website on Wednesday, another Kaizer Chiefs player deemed surplus to requirements ahead of next season, Kearyn Baccus, has been offered a two-year contract at Australian A-League side Macarthur FC.

Baccus, 30, left Kaizer Chiefs in June 2022 having made 57 appearances, scoring twice while providing four assists during his three-year stay.