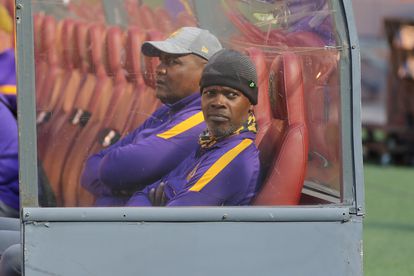 Kaizer Chiefs are sadly busy rewriting the record books for all the WRONG reasons, much to the annoyance of their supporters. Photo: Gavin Barker/BackpagePix

Kaizer Chiefs are sadly busy rewriting the record books for all the WRONG reasons, much to the annoyance of their supporters. Photo: Gavin Barker/BackpagePix

Kaizer Chiefs interim coach Arthur Zwane is of the view that the club should appoint a local coach to take over from Stuart Baxter next season.

According to Zwane, appointing a local coach would benefit the club because that person would understand the challenges players go through on a daily basis.

For Zwane, understanding the background and the challenges of the players is very key, and he feels PSL clubs should be patient with local coaches.

Zwane feels the majority of coaches in the PSL take the daily challenges of life that the players face for granted.

And for that reason, he believes a local coach can get the best out of this generation of Chiefs players.

Zwane recently raised his hand to be considered for the job at Chiefs next season, saying he would accept the job if he were to be offered.

And he has now went further to say PSL clubs such as Chiefs and Pirates should empower their own local coaches.

“I mean, teams like Kaizer Chiefs, Orlando Pirates… As you can see, there is coach Fadlu there, there is coach Mandla there. Just a little bit of patience, and things will change for the better.”

“But also, this side, we have good coaches that can come and help Kaizer Chiefs, why not? Look, our coaches understand where these players come from.”

“We are dealing with a lot of sensitive issues in this country, and a lot of people take those things for granted.”

“And I can tell you, we have so many challenges as a nation let alone life in general. So, you have to know where these boys come from,” added Zwane.