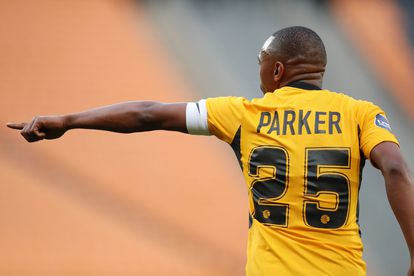 Bernard Parker of Kaizer Chiefs during the DStv Premiership 2021/22 match between Kaizer Chiefs and Baroka FC on 25 August 2021 at the FNB Stadium, Johannesburg ©Muzi Ntombela/BackpagePix

Bernard Parker of Kaizer Chiefs during the DStv Premiership 2021/22 match between Kaizer Chiefs and Baroka FC on 25 August 2021 at the FNB Stadium, Johannesburg ©Muzi Ntombela/BackpagePix

Kaizer Chiefs saw their hopes of a spot in Africa next season dissappear when they drew their Soweto derby 2-2 against Swallows this afternoon.

The Glamour Boys struck first through a well taken Phathutshedzo Nange header. Nange then went from hero to zero in the second half.

Amakhosi were reduced to 10 men when Nange was red-carded in the 63rd minute after a handball in the box.

Swallows then scored two penalties through Dillon Solomons to turn the deficit around against Kaizer Chiefs.

Bernard Parker managed to salvage a point for the Glamour Boys thanks to a thunderous freekick which you can watch below.

We going for the three points – Zwane

“Everyone is switched on and looks focused. They’re looking forward to the game.” – Kaizer Chiefs coach Arthur Zwane told the club’s media department.

“We’re obviously trying to get the combinations right. It’s the last game of the season, but we’re still looking for combinations because of the injuries we have.

“Some of the players are not available due to sickness, but those selected to start tomorrow look sharp.

“We are hoping we will be able to get the maximum points. The fact that Kaizer Chiefs are playing at home should be a plus for us, we will take that advantage.”

The draw means Arthur Zwane’s side end the season on 47 points. They subsequently miss out on continental football!

Swallows FC on the other hand will play in the DStv Premiership promotion/relegation playoffs.