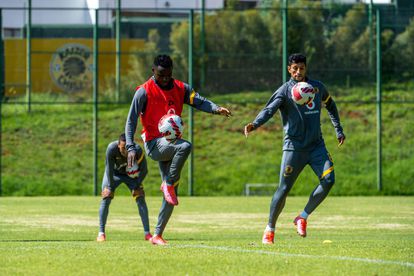 The rescheduled league match between Kaizer Chiefs and Cape Town City is going ahead as planned on Saturday, The South African can exclusively reveal.

The Citizens have been coy on whether or not they will pitch at the match venue as they have objections over the league’s decision to reschedule this match.

This fixture was supposed to be played in December 2021 but Chiefs couldn’t honour it as their camp was hit by Covid-19.

The matter was before the PSL Disciplinary Committee but Chiefs took it further by approaching the South African Football Association (SAFA) arbitration which ruled in their favour.

And while the PSL approached the South Gauteng High Court to review the arbitration award, they still had the obligation to reschedule the award.

City then claimed that the league’s decision to reschedule the match was not done in consultation with them, and thus, threatened to boycott the match.

However, The South African has gathered that the match is taking place, meaning City will honour the fixture against Chiefs on Saturday.

With the South Gauteng High Court set to hear the matter on 10 May, City wanted the fixture against Chiefs to be rescheduled after the said court date.

However, the scenario is simple – City will honour the rescheduled fixture, and if they beat Chiefs, then they would have gained maximum points.

If City lose the match, and Chiefs go on to lose their case against the PSL at the South Gauteng High Court, then those points would still be allocated to Eric Tinkler’s team.

But things could get nasty if Chiefs win both the match against City and the case against the PSL because John Comitis may decide to take the matter forward.