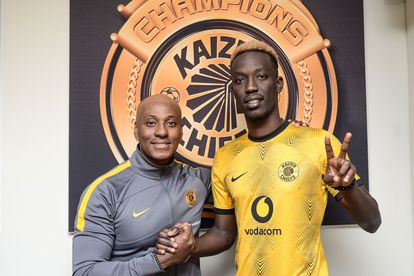 Bimenyimana’s move to Chiefs was imminent after he was spotted arriving at Naturena on Thursday for his medicals.

In a statement released on the day, Chiefs confirmed that Bimenyimana was handed a two-year deal with an option to renew for a further year.

The lanky striker had made news headlines for his controversial comments where labeled Chiefs unprofessional for making him wait.

At the time, Bimenyimana had spent over a week without hearing whether or not he would be offered a deal by Chiefs.

However, there was a turn of events as reports emerged that Chiefs were in fact still very keen on him despite the striker’s comments.

And while he was seen in Rwanda at former club Rayon Sports, Bimenyimana still made his way to South Africa to put pen to paper.

The 24-year-old marksman becomes a second foreign international to join Chiefs in less than week after Edmilson Dove.