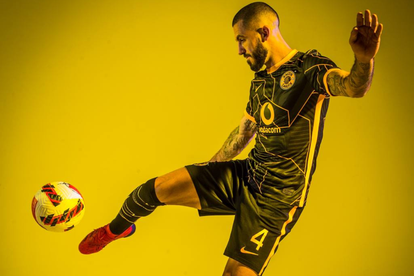 Daniel Cardoso is going to wear the red and white of Sekhukhune United. Image: @KaizerChiefs / Twitter

Daniel Cardoso is going to wear the red and white of Sekhukhune United. Image: @KaizerChiefs / Twitter

According to the report by SABC Sport, Cardoso has put pen to paper on a three-year deal with Sekhukhune, just after a month since leaving Amakhosi.

“SABC Sport can confirm that Sekhukhune United have signed defender Daniel Cardoso on a three-year deal,” the outlet said.

“The announcement is expected in the coming days as coach Kaitano Tembo looks to rebuild the team after he took over from MacDonald Makhubedu, who has since been given a new designation as “senior coach.”

Cardoso, who hails from Regents Park in Johannesburg, will arrive at Babina Noko with 265 PSL games under his belt, which include his previous stint at Free State Stars.

In addition to Cardoso, Sekhukhune have now added 12 new footballers into their books in this current window.