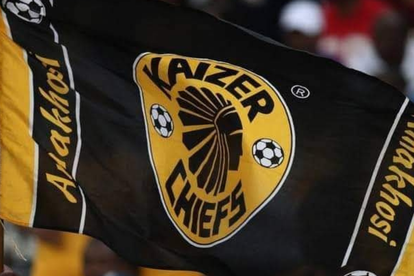 As The South African reported on Wednesday afternoon, Kaizer Chiefs have decided to add their sponsor Toyota’s name on the club’s jersey.

This may sound like an insignificant update but looking at the prominence of the new change, Amakhosi’s jersey does look quite different now.

While the club’s partnership with Toyota is not a new deal, the Japanese vehicle manufacturer’s name was not previously branded on the club’s playing kit.

Kaizer Chiefs announced the inclusion of the Toyota brand name on the club’s home, away, and goalkeeper kits for the 2021/22 season and beyond. The new looks were modeled by the club’s goalkeeper Bruce Bvuma, defender Ramahlwe Mphahlele and the utility star Njabulo Blom.

Check out the new look as displayed by the club via social media on Wednesday.

ALSO READ: Chiefs legend Katsande – ‘I grew up in a shack, went to school barefoot’

STUART BAXTER’S STYLE HAS BEEN FOUND OUT SAYS FORMER STAR

In other Amakhosi news, a former club player has claimed that the coach’s methods have now been figured out.

While it’s only been a loss and a draw, but coach Baxter seems to be in the worst pressure situation of his career.

As The South African reported last weekend, Amakhosi left supporters fuming after a very dry 0-0 draw at the DHL Stadium against Cape Town City. What made the result worse was that it came days after Kaizer Chiefs’ took a shock 1-0 defeat from minnows TS Galaxy in the Nedbank Cup last 32.

According to Simphiwe Mkhonza, Stuart Baxter’s famous transition method has now been found out.

“The transition style Baxter used initially when he was at the club, the opponents know how to plan for it,” Mkhonza said. Read the full story here.

WARNING: Man shot in legs and buttocks by fleeing robbers

Khayalethu Magadla: Here’s how the beloved boy’s body was found