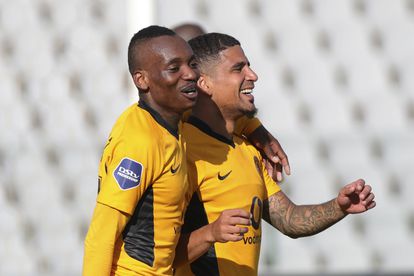 The wait is almost over. Kaizer Chiefs and the DStv Premiership action will be coming back with the Nedbank Cup in the next two weekends.

The mighty Amakhosi will be stepping out into the field to play three matches within February’s 28 days.

Stuart Baxter’s side was just starting to fly before the disruption that was the Christmas break and AFCON 2021. The Glamour Boys had lost only one match from seven games, which included five wins. Unfortunately, Amakhosi have to start all over this month.

The action will begin with the Nedbank Cup last 32 round, before the main bread and butter of the DStv Premiership where the Glamour Boys are in fourth spot with 16 points behind leaders Mamelodi Sundowns as well as three games in hand.

Are you a Kaizer Chiefs fan that knows every fact about Amakhosi? If you are, congratulations, but here is some knowledge for those that may know less.

The highest score was a 6-0 bashing of AmaZulu, followed by a 6-1 thrashing of Maritzburg United as well a 5-0 burial of Black Leopards.

Below is a detailed look at the records… Read the full story here.

As they say in internet slang, Stellenbosh FC have ‘thrown shade’ at Kaizer Chiefs.

Keeping Amakhosi’s interest in du Preez in mind, Stellenbosch shared the striker’s goal on social media. Just a video right? Not really. The joke was on the Glamour Boys as the video’s background song is 50 Cent’s Window Shopper. Read the full story here.