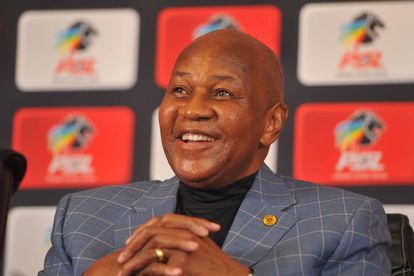 Kaizer Chiefs chairperson Kaizer Motaung has praised the support of the club’s loyal fans as he bid farewell to a difficult 2021. Picture: Sydney Mahlangu/ BackpagePix

Kaizer Chiefs chairperson Kaizer Motaung has praised the support of the club’s loyal fans as he bid farewell to a difficult 2021. Picture: Sydney Mahlangu/ BackpagePix

Kaizer Chiefs chairman Kaizer Motaung is set to be honoured by the University of Cape Town (UCT) for his immense contribution to South African football.

According to a report by City Press, Motaung will be handed an honorary doctorate in Social Sciences at a graduation ceremony in Cape Town on 22 July.

The publication further revealed that Motaung will be one of the seven high-profile individuals to be honoured on the day.

KAIZER MOTAUNG SET TO BE HONOURED WITH HONORARY DOCTORATE BY UCT

“Legendary Kaizer Chiefs founding owner and chairperson Kaizer Motaung will have an honorary doctorate in social sciences conferred on him by the University of Cape Town at the university’s graduation ceremony on Friday, July 22,” reports City Press.

Motaung, 77, has an unmatched football legacy in the country as Kaizer Chiefs are among the biggest clubs on the African continent.

He founded Kaizer XI upon his return from the US in 1969 while he was still a player, and he later named the club Kaizer Chiefs on 7 January 1970.

Motaung was also at the forefront of the formation of the National Soccer League (NSL) and Premier Soccer League (PSL) in 1985 and 1996 respectively.