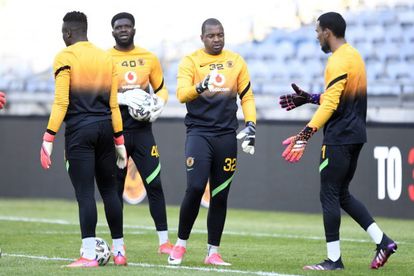 Kaizer Chiefs have not extended the contract of FOUR of their key players including an Amakhosi legend who could be heading out of Naturena soon.

MUST-READ | PSL AND IRVIN KHOZA SEARCHING FOR THE NEXT KAIZER MOTAUNG!

Parker is an Amakhosi and PSL legend. Die Hond is one of the biggest names the club has seen.

However, his time with Chiefs may be coming to an end. His agent REVEALED his fate earlier this year – surprising many!

Mphahlele was an instrumental part of Amakhosi’s set up for many years.

However, he has started to see less game time and it may be a sign of things to come with his contract ending in June. Manyama and Akpeyi are perhaps the most surprising names on this list.

Manyama has struggled with injuries but is a fan-favourite and a very talented player.

Chiefs fans will be hoping to see his contract extended and soon. Akpeyi has been the first-choice goalkeeper for Stuart Baxter but it appears Itumeleng Khune could get a big opportunity to return soon. Bafana Bafana keeper Bruce Bvuma is also pressing for some much-needed gametime.

Only time will tell which of these four players will leave Naturena.

Which of Amakhosi’s men would you like to see stay at Chiefs?