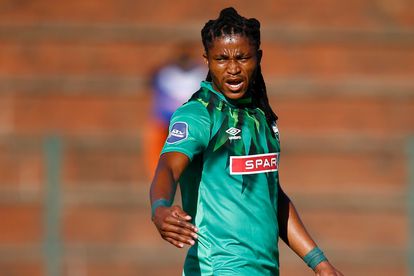 Sithebe was at the center of a nasty transfer feud between the Glamour Boys and AmaZulu during the January transfer window.

AmaZulu boss Sandile Zungu publicly waged war at Kaizer Chiefs over the methods they used to try to sign their star man.

Zungu, at the time, threatened to axe Siyethemba Sithebe from his side until the end of the season ahead of his proposed move to Naturena in July.

It has since been confirmed by head coach Benni McCarthy that the Kaizer Chiefs bound midfielder has indeed been left out in the cold in Durban!

Kaizer Chiefs bound Sithebe left out in the cold at AmaZulu!

“When you have quality players and they don’t play, of course you see a void.” Benni McCarthy said as quoted by IdiskiTimes regarding the Kaizer Chiefs bound star.

“The players come to train and should be available based on how they train, their work ethic and that. Sithebe wasn’t available and obviously it’s a discussion the club had with myself and the technical team on the situation.

“So it’s out of my control. I can only select who I have at my disposal and unfortunately I don’t have him at my disposal, so I can’t put a player that I can’t select.”

“Yes, Sithebe is going to Kaizer Chiefs if they have concluded everything with him or at the very least at the end of the season.” Sandile Zungu said last month.

“If they want to take him now, we inform them that this is what we want. And we still reserve our rights to take legal actions to the highest court. He won’t wear the Usuthu jersey again in the second half of the season.

“That’s shows we are not very happy about the way he’s leaving the club. This one exploded and it smells bad, and the reason for that is because of his agent and the club (Kaizer Chiefs) that wanted him.”

Kaizer Chiefs have reportedly landed Siyethemba Sithebe and he will join the club in July 2022.

It remains to be seen whether AmaZulu boss Sandile Zungu will take a u-turn regarding his stance on Sithebe.