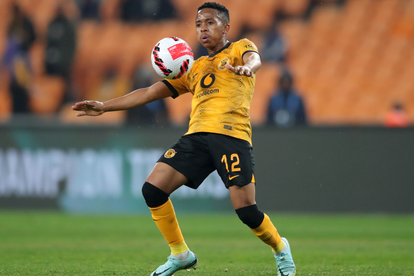 Nkosingiphile Ngcobo of Kaizer Chiefs during the DStv Premiership 2022/23 match between Kaizer Chiefs and Maritzburg United, at FNB Stadium, in Johannesburg on the 9 August 2022 ©Samuel Shivambu/BackpagePix.

Nkosingiphile Ngcobo of Kaizer Chiefs during the DStv Premiership 2022/23 match between Kaizer Chiefs and Maritzburg United, at FNB Stadium, in Johannesburg on the 9 August 2022 ©Samuel Shivambu/BackpagePix.

Kaizer Chiefs have some incredibly talented players who will almost certainly play for Bafana Bafana in the future.

We take a look at the three Amakhosi stars that are likely to play for South Africa in the future.

THREE CHIEFS STARS LIKELY TO PLAY FOR BAFANA IN THE FUTURE

Kwinika is no doubt a future Amakhosi captain and he is very likely to play for the national side in the future.

He has leadership qualities in abundance and a wise head on his shoulders. Chiefs’ defender has been one of their stand-out signings to date and he will only get better with each passing game and season. He has already been tipped to become the next Erick Mathoho.

Ngcobo has just three appearances for SA. However, he has mainly missed out due to injuries ruining his campaign, when he does play, magic happens.

His return to Amakhosi was marked with an excellent game against Orlando Pirates in the Soweto derby. He has countless PSL Goal of The Months and PSL Player of the Month awards and is destined to play many times for Bafana once he is consistently fit.

Maart was a surprise omission from the latest Bafana squad.

However, he is almost certain to return to the fray in time for the AFCON qualifiers next year. Amakhosi’s midfielder has everything you want in a player – creativity, vision, composure. Imagine Maart teaming up with Miguel Timm in the midfield.

SASSA grants: Beneficiaries can start collecting from NEXT WEEK

Newspaper front pages from around the world, 27 January 2023