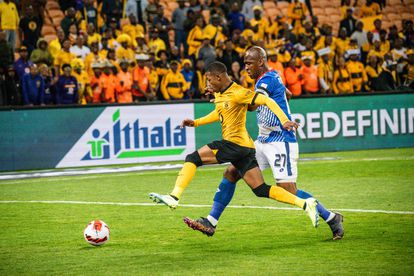 Kaizer Chiefs coach Arthur Zwane has jumped to the defence of underfire striker Ashley du Preez who is yet to quite find his feet at the club.

However, Du Preez appears to be struggling to replicate the same form so far this season despite often getting himself in good goalscoring positions.

With just a single goal since his arrival at Naturena, a section of fans has criticised him, but Zwane is confident that the 25-year-old will bounce back.

According to Zwane, Du Preez’s strong character is what will see him get through this difficult phase of his career at Chiefs.

Furthermore, Zwane is confident that the Bafana Bafana international is still going to score many goals for Chiefs this season.

“And as I have been saying, football is the game of mistakes and there are times when things are not going your way, and as a coach, the only thing that I have to do is to lift him up, to work on him to improve his game, and he’s easy to work with,” said Zwane.