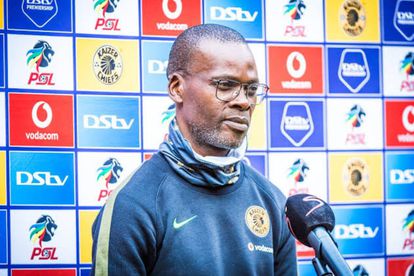 Arthur Zwane and Kaizer Chiefs are ready to welcome in the new era of Amakhosi stars. These incredibly talented starlets will be given more gametime when the PSL resumes.

Zwane is ready to give more gametime to the likes of Samkelo Zwane, Mduduzi Shabalala and Sabelo Radebe, according to Phakaaati.

This is an exciting time for Amakhosi fans as they have been calling for these players to be given more gametime and now their wishes will be granted.

Zwane is expected to give Shabalala and Zwane more gametime. This, after they impressed him in the Carling Black Label Cup semi-final against Orlando Pirates. Thus, finally heading the calls of the Amakhosi faithful.

Furthermore, he is aware of the hunger from Sabelo Radebe and Happy Mashiane.

However, the latter may leave on loan with, as previously reported by The South African. Reports from inside Naturena revealed that Zwane is aware of their desire to play and he has a plan for these boys.

“It is about time Zwane started playing these young boys, the likes of Mduduzi Shabalala, Sabelo Radebe and Happy Mashiane should be used more often. These are the players that can deliver for the team and he (Zwane) knows because these boys are very hungry,” the sourced stated.

ZWANE HAS A PLAN TO USE AMAKHOSI’S STARLETS

Mshini is the only starlet who has began to earn regular starts.

“Only Mshini (Nkosingiphile Ngcobo) has played a number of games, but the rest of the youth has been sidelined. That was all because he was trying to be careful with the team and trusted the experienced guys to do the job. But they have not been doing much for the team, hence Zwane is now on a new plan and wants to give these young boys a chance,” the source added.

Which of these talented young Amakhosi starlets are you most excited to see more of?

Let us know your thoughts and views in the comments below!