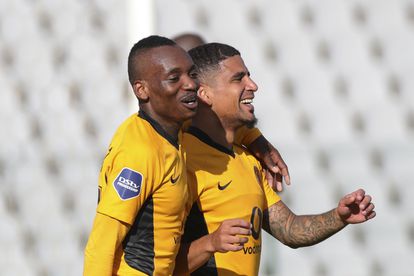 Zungu stated that he was offered two Amakhosi players as part of a swop deal for Siyethemba Sithebe.

However, he declined the deal and stated that Usuthu is not a dumping ground for rejects. Essentially, calling the two offered players ‘rejects’.

“We were offered two players by Kaizer Chiefs,”

“And we made it very clear that look, we not a dumping ground for rejects. Ja we were offered but we looked at the players that they were offering and we said no,” stated Zungu to KickOff.

It is unclear at this stage which two players he was offered by Amakhosi. Therefore, we are uncertain who he is referring to.

“We are not a dumping ground for other team’s rejects, AmaZulu of old and AmaZulu of today – our brand is very important and we need to protect it,” expressed Zungu.

The offer has only complicated matters with Sithebe’s move from AmaZulu to Naturena. The midfielder has signed a pre-contract with Chiefs but du to his actions he is currently being sidelined by Usuthu.

Now, Zungu has rejected Chiefs swop deal and I’m pretty sure Amakhosi will feel disrespected by his comments.

Lets hope this does not complicated or delay Sithebe’s move to Amakhosi.

How will Chiefs respond to Zungu’s comments?