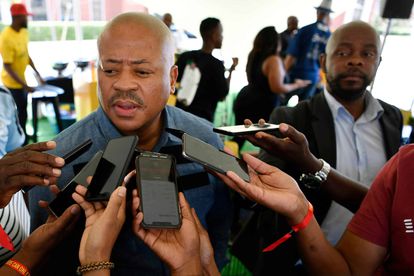 AmaZulu accused the Glamour Boys of ‘tapping’ star AmaZulu midfielder Siyethemba Sithebe up before they could legally do so and new reports claim Usuthu are ‘quietly’ getting evidence to backup their claims.

“AmaZulu FC are believed to be quietly investigating and collecting evidence on the transfer of Siyethemba Sithebe to Kaizer Chiefs.” – a Phakaaathi report read.

“AmaZulu are not letting this go. They want justice and feel they cannot let the bullying continue. They simply feel that enough is enough,” an insider told the same publication.

“Kaizer Chiefs weren’t honest in the deal because they agreed terms without the January window being opened in signing a pre-contract.” AmaZulu president Sandile Zungu said as quoted by SunSport last month.

“In December when we were on holiday, they had completed everything with him and you know the window is only open on 1 January. I told Bobby Motaung (Amakhosi’s football manager) that I’m not happy at all about this.

“Yes, Sithebe is going to Kaizer Chiefs if they have concluded everything with him or at the very least at the end of the season. If they want to take him now, we inform them that this is what we want. And we still reserve our rights to take legal actions to the highest court.

“He won’t wear the Usuthu jersey again in the second half of the season. That’s shows we are not very happy about the way he’s leaving the club. This one exploded and it smells bad, and the reason for that is because of his agent and the club that wanted him.”

Glamour Boys already punished by Fifa once before!

Siyethemba Sithebe has eight goals and nine assists in 132 appearances at AmaZulu. If word is anything to go by, Kaizer Chiefs could once again find themselves on the wrong side of Fifa over irregular transfer activity!