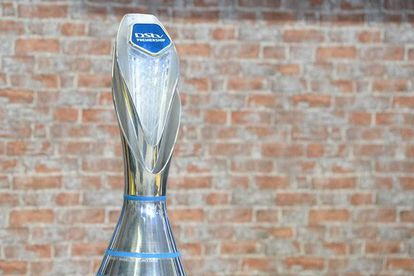 The first round of fixtures for the 2022-23 DStv Premiership have just RELEASED! Kaizer Chiefs and Orlando Pirates have very tough opponents to start off with…

The first round of next season’s PSL campaign has just been RELEASED to the public.

Chiefs and Pirates have a very difficult start to their campaigns while the same can be said for the defending champions, Mamelodi Sundowns.

TOUGH START FOR CHIEFS AND PIRATES

Chiefs face a tricky away fixture against MaMkhize’s Royal AM. The side they lost both fixtures to last season. This is a massive test for Arthur Zwane and Dillon Sheppard who will want to show that their new-look Amakhosi side are a vastly improved outfit this season.

On the other side of Soweto, we have the first Soweto derby of the season. Pirates play hosts to Moroka Swallows at the Orlando Stadium in what is also a tricky test, one that certainly will leave a mark on both sets of players.

Finally, the opening match of the season sees a mouth-watering encounter between last season’s top 2. The current champions start their title defence at the Cape Town Stadium when they take on Cape Town City on Friday, 5 August 2022.