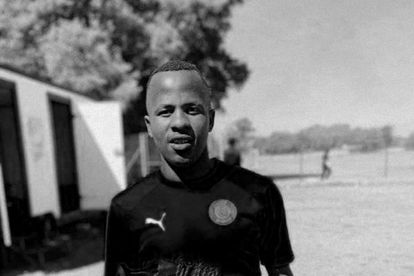 Cosmos took their social media platforms on Wednesday night to announce the sudden passing of their left-footed player.

However, at this stage, details around Zozi’s untimely death are yet to be revealed but Cosmos said they are working closely with his family to ensure the left-wingback receives a befitting funeral.

“The Jomo Cosmos family is in mourning following the loss of one of our players , Sivuyile “Marcelo” Zozi , who signed with Ezenkosi at the start of the current season.”

“The Club is working closely with his family to ensure that our beloved colleague receives a befitting send off.

“We thank Marcelo for his dedication and service to Ezenkosi. He will be sorely missed by all of us at Ezenkosi.”

“May his soul rest in peace.”

WHO IS THE LATE JOMO COSMOS STAR SIVUYILE ZOZI

He joined Cosmos at the start of the 2021-22 season, and played as a left-back and left-wing for Jomo Sono’s team.

The South African website sends its heartfelt condolences to the Zozi family, friends, Jomo Cosmos and his teammates at the club.