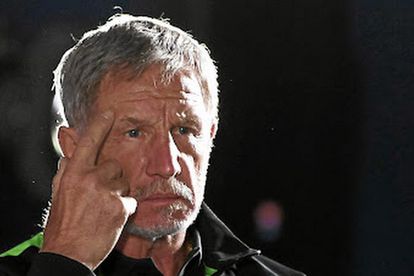 In their latest league outing, Kaizer Chiefs dropped two points at home against TS Galaxy as Baxter’s team played out to a disappointing goalless draw at the FNB Stadium.

It was another blow for Chiefs as a win could have seen them leapfrog Royal AM into second place on the log at that time, while it was embarrassingly their second 0-0 draw in the league this season against 14th-placed TS Galaxy, who also knocked Chiefs out of the Nedbank Cup.

Some ‘supporters’ have grown increasingly frustrated during the course of yet another season without silverware, and certain critics on social media have called for Baxter to be sacked.

However, the experienced coach has said there is good reason why he doesn’t concern himself about what is said online.

“I don’t need to take part in social media,” he commented as quoted by FARPost. “I don’t need to speak or listen to the opinions of some people that make a profession out of going online and commenting about things that they don’t really have the deepest knowledge about.

“It’s got to be the knowledge of a supporter. And I don’t mind the supporters having their banter and sitting at bars, or wherever, discussing or criticising.”

“If I get hammered because someone came to watch me at training and said, ‘you were not organised, the players didn’t enjoy it, or the tactical aspects were wrong,’ then I’ll listen to that. Not many people have that much knowledge.

“I’ll listen to you guys (the media) because you watch us all the time. But social media is something completely separated from that. A lot of opinions of people with less information.”

Baxter’s Chiefs team are currently 18 points behind log-leading Sundowns, albeit with three games in hand

Speaking to SuperSport after the recent draw against Galaxy, Baxter said it was difficult to put a finger on the real problem leading to such inconsistent performances from his players.

“But I can’t unfortunately get inside their heads and find out the psychological reasons.

“I suspect that the players are playing with too much anxiety at the moment. When things don’t go their way, they take it hard,” he continued.

“It’s not a question of they don’t care, maybe they care too much and they feel that the shirt weighs a little bit heavy.

“At half time I tried to address that. But it needed a tactical change before we relaxed a bit and started playing the type of football we want to play.”