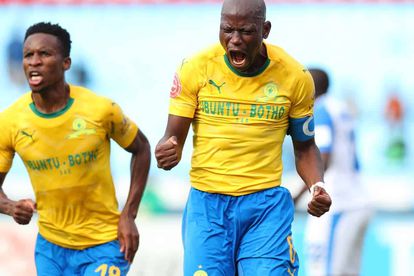 PSL veteran and legend Hlompho Kekana made a SHOCKING announcement! Could we see him joining Kaizer Chiefs very soon?

READ | KAIZER CHIEFS R8-MILLION ICON ON HIS WAY OUT OF NATURENA!

Kekana is a PSL legend, he is currently one of the hottest free agents in the PSL.

Since leaving Mamelodi Sundowns at the beginning of the season, Kekana has been without a club. Enter Kaizer Chiefs, a club big enough for his name and one that would benefit from his leadership and experience.

He is a world class midfielder, well he may be past his prime, he can guide the young up-and-coming stars in Amakhosi.

Chiefs are only left with a few veterans in their squad – Itumeleng Khune, Eric Mathoho and Bernard Parker. All three legends are nearing the end of their careers, as is Kekana. However, they can all bring priceless wisdom and guidance to Naturena in respective roles.

READ | KAIZER CHIEFS LATEST: WHY DID THEY BRING BAXTER BACK? – ASKS KHANYE

“I haven’t hung up my boots”, Kekana stated on DailySun.

“At this moment I’m still trying to tap into the drive I had. But it is very difficult to just train and think about what the future helps,” he added.

We can take two important messages out of this…

Firstly, he is not done yet and he is inspired to end his career on the high. Thus, opening the door for Amakhosi and other DStv Premiership side’s to make offers for the veteran.

Secondly, he is on his way to hanging u his football boots. So, he will not offer many seasons to prospective clubs.

Meaning, he will bring guidance in the form of leadership, experience and wisdom.