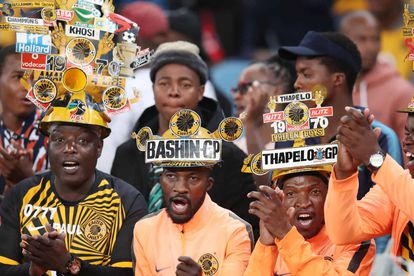 On a slightly subdued weekend in the PSL, Kaizer Chiefs snuck to the top of the PSL table thanks to a modest 1-0 win over Black Leopards.

Polokwane City, Cape Town City and Bloemfontein Celtic also won, but a number of teams have games in hand so Amakhosi fans won’t be getting too excited.

Peter Shalulile, who played for Namibia at the 2019 Africa Cup of Nations, grabbed a stoppage-time equaliser for Highlands Park in a 1-1 South African Premiership draw at Maritzburg United Friday.

The forward hammered a loose ball past Ghana goalkeeper Richard Ofori and into the corner of the net on 93 minutes in the second round fixture in eastern city Pietermaritzburg.

That strike came just two minutes after Highlands were reduced to 10 men when Luckyboy Mokoena was red-carded.

Chiefs had recovered from a nervy win in their opening fixture where they conceded two goals and coach Ernst Middendorp was pleased with the improvement.

“After our last game, we had time to reflect on our defensive work. We have done much better defensively,” Middendorp told SuperSport TV.

“Of course with the ball possession we were a little bit more clever, smart. But I think a fully deserved win.

“It’s not about entertaining at the moment. We are looking for results. If we take the entertainment as our first priority, that is not the way.

“We had to change today. There was a small issue with Bruce. But okay Daniel took over and did a good job.

“We have heavy games coming against SuperSport and Cape Town City. But at the moment we are happy. We have six points and are in a good position.”

Bloemfontein Celtic, meanwhile, ended the weekend’s action with a trouncing of Golden Arrows.