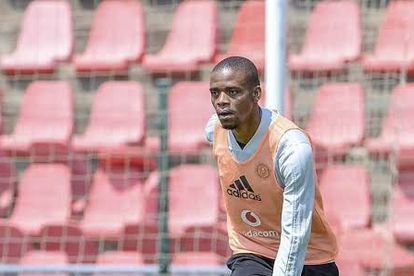 Golden Arrows have announced the return to the club of midfielder Gladwin Shitolo and former defender Musa Bilankulu.

Arrows took to their social media platforms on Friday to announce the return of their two former players to the club’s setup.

Shitolo came through the youth ranks at Jomo Cosmos before joining Pirates in 2014, but he twice (2015 and 2019) joined Arrows on loan from the Soweto giants.

Shitolo (33)had been without a club since was let go by Pirates on 30 June 2021 but Arrows feel he can still contribute immensely in that midfield.

Bilankulu, on the other hand, was recently on the books of Bizana Pondo Chiefs but he returns to Arrows to assist co-coaches Mabhuti Khenyeza and Vusimuzi Vilakazi.

Between 2013 and 2016, Bilankulu played for Bidvest Wits and Bloemfontein Celtic as he wanted a new challenge outside of the KwaZulu-Natal province.

‘This Is Why’: Paramore set to release first single in five years