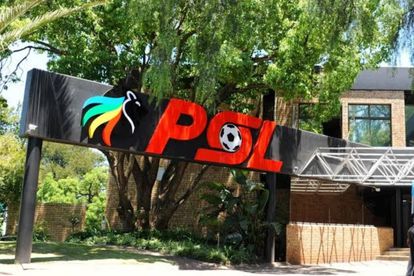 Sundowns were runaway winners of the DStv Premiership this season, while Chiefs and Pirates are currently fourth and seventh on the PSL standings respectively, with just one final round of league action remaining.

It’s been a fantastic season for Cape Town City, who lie in second place on the table, while ambitious club Royal AM are in third spot. In between Chiefs and Pirates, Stellenbosch and AmaZulu hold down fifth and sixth spot.

With the local season coming to its conclusion, the PSL have begun releasing the award nominees for 2022.

Below you can see the award contenders that have been released so far by the PSL (*this list will be updated here during the course of the day):

Meanwhile, as Chiefs continue their recruitment drive ahead of next season, it’s said that initial contact has been made with Stellenbosch in the pursuit of Ashley du Preez.

After having signed Siyethemba Sithebe from AmaZulu on a pre-contract as well as Zitha Kwinika from Stellenbosch, reports suggest Chiefs are closing in on Yusuf Maart.

It’s now reported by iDiski Times that Chiefs are also stepping up their interest in the potential signing of forward Ashley du Preez, although no agreement has been reached as yet.

The article states that Chiefs have made contact with the club’s management to open provisional talks about the transfer, and could consider a player-plus-cash option to sweeten the deal.

Meanwhile, Orlando Pirates are reported to have taken a major step in replacing legend Happy Jele by agreeing to sign Tapelo Xoki from AmaZulu!

Looking to the future, Mamelodi Sundowns co-coach Manqoba Mngqithi has said they would welcome good competition from the Soweto giants.

“To be honest, football will not be the same without Pirates and Chiefs being as strong as they used to be. I still believe, even this season, the recruitments made by both teams prove that they are edging closer to making sure that they give us fierce competition,” said Mngqithi in the latest edition of Soccer Laduma.

“The fact that Pirates is in the final of the CAF Confederation Cup is also proof that they are still a very solid team that has the capacity to unsettle any opposition. It is not proper for South Africa to only have Sundowns shining, but at this stage, I do not want to even think we are close to dominating local football.

“We can’t be complacent and start thinking we are the most successful team because these two teams have done very well. Football is a game of cycles, and maybe now the circumstances are favouring us, and we must grab the opportunity with both hands and make sure that we move on and don’t look back.

“I can guarantee you, both Pirates and Chiefs will be back one day, and you don’t want that to affect you.”