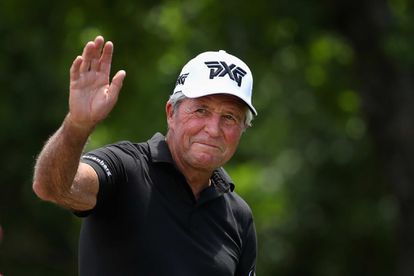 It just became a little easier for South Africa’s greatest ever sportsman to break his age. Happy Birthday Mr Player!

It just became a little easier for South Africa’s greatest ever sportsman to break his age. Happy Birthday Mr Player!

It was another good – and bad – week in the world of sport for several teams and players, both past and present.

Covid-19 continued to have a devastating impact, but below, just two news-worthy incidents which grabbed our attention.

South Africa’s greatest ever sportsman, Gary Player, added an award from controversial US President Donald Trump to his trophy cabinet.

However, the 85-year-old, nine-time Major winner was lambasted for accepting the Presidential Medal of Freedom the day after Trump’s encouragement of an invasion on Capitol Hill during the ratification of President-elect Joe Biden’s victory.

Player’s own son, Marc, led the outrage, saying he wished his father had politely declined the award, calling it ‘tone deaf, in denial and wrong!’

We tend to agree …

After a string of poor performances – and results – in the DStv Premiership and with pressure mounting on coach Gavin Hunt, Kaizer Chiefs finally picked up another victory in midweek.

Chiefs had been languishing near the relegation zone, but their 1-0 win away from home against AmaZulu will appease the haters – for now.

Hunt also picked up another win over his former student Benni McCarthy who now coaches the KwaZulu-Natal side. McCarthy, one of Bafana Bafana’s greatest ever players, does lead their head-to-head coaching battle 5-3 however …

Amakhosi are next in action against Cape Town City in the Mother City on Saturday, 16 January at 17:00.