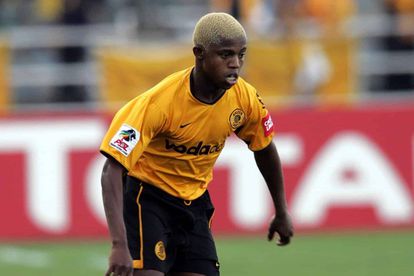 Former Kaizer Chiefs bad boy Junior Khanye has gone from looking for a club to play for to starting his own club in a short space of time.

The 35-year-old was destined for big things at Kaizer Chiefs however alcohol and women meant his career came crashing down before it really took off.

It was not that long ago when Junior Khanye was still looking to revive his football career however no PSL side were willing to take a chance on the shunned Glamour Boy.

Fast forward to 2021 and Junior Khanye has experienced an incredible upturn in fortune following the disappointment that stuck with him from his days at Kaizer Chiefs.

Junior Khanye has officially began the process of owning his own football club in his birthplace, Daveyton!

Khanye has formed his own team and is currently in the process of getting it registered with SAFA. His nickname will be the new side’s official name, Fak’imali Uzobona FC.

“This is a way of ploughing back into the community. This is an area I grew up in and I want to use this opportunity to give back to my community,” former Kaizer Chiefs midfielder Junior Khanye told Kick-Off.

“We have already started with the project and our first step was identifying under-18 players. We are now in the process of building a strong team and moving to a better venue for training.

“But my bigger picture is on development, I came through Kaizer Chiefs’ ranks. That’s why we will also be planning to launch a football academy. That’s my biggest goal, to give these youngsters a platform to showcase their talent and realise their dreams of being spotted by PSL teams.”

Watch: The best goals in the PSL as voted for by fans

Junior Khanye currently acts as an analyst for IdiskiTV and has left many impressed with his knowledge on the game. Do you think the former Kaizer Chiefs midfielder will make a success of his team? Let us know in the comments section below.