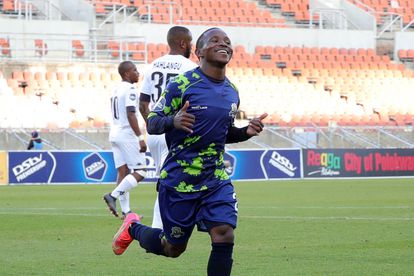 It’s been another up-and-down start to the season for Chiefs, with the Soweto giants dwelling down in ninth place on the DStv Premiership standings, although they have progressed to the MTN8 semi-finals.

During the pre-season transfer window, many believed Chiefs had made enough strategic moves to be real title contenders this season, but it’s clear a rebuilding process will take some time.

In the latest edition of iDiski Times, former Kaizer Chiefs midfielder Junior Khanye has interestingly identified the players he believes should have been snapped up by the club.

“They don’t want to compete, they were supposed to sign Kermit (Erasmus),” he told iDiski Times in an interview. “They are supposed to go all out to get [Sphelele] Mkhulise from Sundowns, he’s not being used. Break the account, yes for quality.

Meanwhile, during the pre-season, it was reported for quite some time that Bafana Bafana playmaker Pule Mmodi was one of the latest stars on Kaizer Chiefs’ target list, but eventually it emerged that he is now set to stay with Golden Arrows as negotiations hit a stumbling block.

According to some reports, Arrows were actually seeking ‘less than R3-million’ as his current contract expires at the end of the 2022/2023 season, and he would be free to sign for any team in the next January window.

It’s now reported by Soccer Laduma that Arrows are keen to extend the contract of Mmodi, who has less than 10 months left on his contract. Such an extension would serve as a real show of intent and end any hopes Chiefs had of snapping up the 29-year-old in the next transfer window. Amakhosi are said to be monitoring the situation, though.

Mmodi recently opened up on his emotions after the Chiefs move didn’t materialise.

“There is no agreement between the two clubs [Arrows and Chiefs]. Nothing has changed. He is still contracted to Arrows until next year,” he stated.

“If there is no agreement, it means he will stay and honour his contract with Arrows. Then next year he would be able to sign with a club of his choice.”