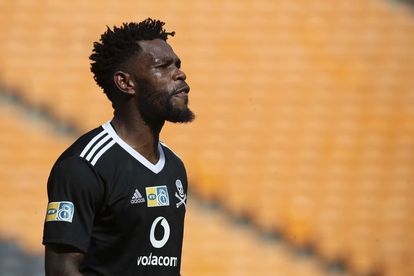 Earlier this year it was revealed that Hlatshwayo had made the move to SuperSport United, with the former Bafana captain bidding farewell to Pirates after a troubled final stint at the club.

The former Bafana captain enjoyed memorable spells with Ajax Cape Town, Wits and then Pirates, but he was released from the Buccaneers squad as things turned sour after a downturn in form amidst rumours of issues behind the scenes.

“There were things that were happening behind closed doors at Pirates that I can’t disclose now,” Hlatshwayo said, as quoted by Phakaaathi.

“What happened didn’t break me but only made me stronger. The best support came from home … With my actions and behaviour, my kids were able to sense the vibe but I’ve got to give it to my wife for making me realise I needed to change.

“I consulted with someone to help me because I could see I was changing into a different person, not only in football but as a person and towards my family,” he added.

Previously, Hlatshwayo suggested that everything changed for him at the Buccaneers after he made a blunder in the 2-1 defeat to Kaizer Chiefs back in November last year.

“In the change room, I told everyone I take full responsibility for the mistake I made. I made a mistake and was never given an opportunity to fix it, but listen, lesson learnt,” said Hlatshwayo in his latest interview with Soccer Laduma.

“They were not completely honest. We had a meeting two days after that game, myself and the coaches, and they told me they were looking to change the team and see if what they were planning would work. But the change never came.”

He added that his lack of game-time simply deserved a straightforward explanation.

“Tell me. Be blunt with me; I will take it. When such happens to a youngster, we as senior players are the ones expected to tell them, right? But with me, who must talk to me? It’s the coaches. They must be blunt to me, be straightforward,” he added.

“There was no honesty and integrity. I’m not one to talk bad about someone else. I’m not that type of person. Forget me as a player; that’s not in me as a human being. But someday, things will make sense.”