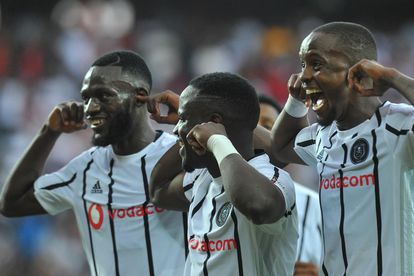 The PSL continues this weekend, with seven fixtures across South Africa and the Soweto Derby between Orlando Pirates and Kaizer Chiefs top of the bill.

FNB Stadium will host the clash between the rivals on Saturday afternoon (kick off 15:30 SAST) with Chiefs top of the PSL log, six points ahead of the third-placed Buccaneers.

With second-placed Mamelodi Sundowns away on CAF Champions League quarter-final duty, it’s an opportunity for one of the Soweto pair to steal a march at the sharp end of the standings.

SuperSport United and Bidvest Wits are locked in combat ahead of their meeting at the Mbombela Stadium on Saturday night (20:15).

The Clever Boys only trail their hosts on goals scored, while also boasting three games in hand as they bid to keep pressure on the top three.

Maritzburg United also have an eye on the upper echelons, going into their Friday night (20:00) clash with mid-table Stellenbosch FC at the Harry Gwala Stadium.

There’s much more than pride to play for at the wrong end of the table on Sunday, as Polokwane City and Black Leopards meet for a derby at the Old Peter Mokaba Stadium (15:30).

The rival pair are two of four sides locked on 20 points in the scramble to avoid relegation to the National First Division.

Baroka FC head that dubious list by virtue of goal difference ahead of their trip to play Bloemfontein Celtic at the same time as their drop rivals.

Back at the right end of the PSL table there’s a squabble for supremacy between Golden Arrows and Highlands Park at the Sugar Ray Xulu Stadium on Saturday, with kick off at 15:30 and the prize a potential rise to sixth on the log.

Chippa United are 12th going into the weekend but just two points clear of bottom side AmaZulu, whom they host at the Nelson Mandela Bay Stadium on Sunday (18:00).

PSL fixtures this weekend in brief

PSL results, scores and fixtures for 28 February to 1 March 2020