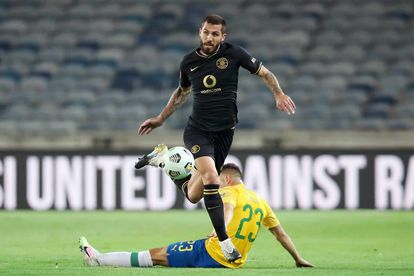 After a short turnaround, there is a fresh batch of PSL fixtures coming this weekend, as the 2020/21 season kicks off.

All 16 top-flight clubs will be in action over the next two days, with a number of exciting match-ups on the card.

The action begins with one of the biggest fixtures in the South African football calendar, as defending champions Mamelodi Sundowns visit last season’s pace-setters Kaizer Chiefs.

It could be a grudge match, as far as Amakhosi are concerned after the title was snatched from their grasp on the very last hour of the campaign. The match between the two Gauteng giants kicks off at 15:30.

Two other fixtures are set for an early kick-off, with Bloemfontein Celtic hosting Golden Arrows, while Maritzburg United are away to Baroka.

The first evening clash kicks off at 18:00, and is a coastal clash between Cape Town City and Chippa United in Greenpoint.

There are two more PSL fixtures to round off the night, with AmaZulu hosting an Orlando Pirates side keen to get off on a flyer. The match between the two oldest clubs in the country takes place at Kings Park in Durban and starts at 20:15.

The other late kick off pits three-time champions Supersport United against Black Leopards at Lucas Moripe Stadium in Atteridgeville.

Two more PSL fixtures take place on Sunday, as matchday one of the new season concludes.

In their sophomore season in the top flight, Stellenbosch welcome the newly-promoted Moroka Swallows to a freshly-renovated Danie Craven Stadium.

The other fixture is a battle of the newbies, with Tshakhuma Tsha Madzivhandila (TTM) entertaining TS Galaxy at Thohoyandou Stadium.

Kaizer Chiefs vs Mamelodi Sundowns at FNB Stadium, kick-off at 15:30

All times are SAST.