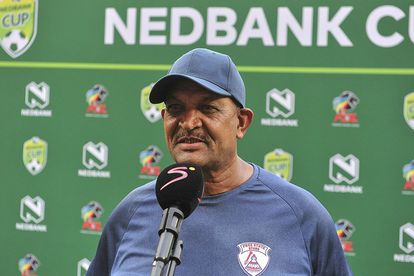 Richards Bay have appointed Allan Freese as their new head coach ahead of the Premier Soccer League (PSL) promotion/relegation playoffs.

Richards Bay have appointed Allan Freese as their new head coach ahead of the Premier Soccer League (PSL) promotion/relegation playoffs.

With the start of the 2021-22 PSL season on the horizon, Richards Bay FC have announced the departure of coach Allan Freese with immediate effect.

Freese had only joined Richards Bay two months ago following his dismissal from Free State Stars.

His arrival came with high expectations as Richards Bay wanted to use his experience in order to gain promotion to the DStv Premiership.

However, things didn’t go according to plan as Richards Bay failed to gain promotion with Chippa United retaining their top-flight status.

Now, Richards Bay have cited ‘clash of philosophy and the culture of the club’ as the reason for letting Freese go.

Simo Dladla will replace Freese as head coach of Richards Bay with Ronnie Gabriel and Sbusiso Msomi acting as his assistants.

What is Mamelodi Sundowns’ 24-hour rule?