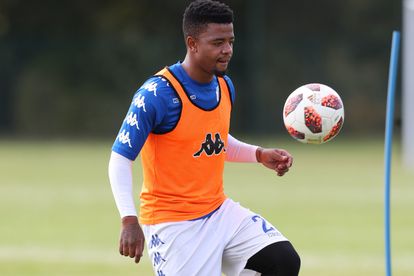 Former Kaizer Chiefs and Mamelodi Sundowns winger George Lebese has made a shocking revelation about his relationship with the ‘beautiful game’.

In an interview with Radio 2000, Lebese said he is learning to hate the game after struggling to find a new club since his return from American outfit Switchbacks.

Lebese is currently unattached to any team, and he saw opportunities to join both Tshakhuma Tsha Madzivhandila (TTM) in 2020 and Swallows FC a few weeks ago slip through his fingers.

Lebese said the love that is still left for football stems from the players he supports and regularly speaks to.

“My plea? I don’t know, honestly. Psychologically, at the moment… unfortunately, I am learning to hate the game for myself,” revealed Lebese.

“I love the game because I watch the players, I support the players, and most that I support, I speak to and I give feedback where I can to say, ‘sometimes be a little bit selfish’ because I know I was too generous sometimes, and it didn’t work for me.

“So, I still give feedback where I can,” he said.

Lebese added that football isn’t as generous as one would think, before warning those at the peak of their careers to learn a thing or two from him and the likes of Sifiso Myeni.

“So, what I am saying, for me, is that I’m learning to hate the game because it will not be as generous as you think it would,” he continued.

“Even the players that are at their peak right now, take me, Sifiso (Myeni) and everyone else as an example because this time will come.

“I’m not saying it will be this harsh but the time to say goodbye will come,” added Lebese.

The Mamelodi-born star further revealed that very few people are calling him now that he’s down and out, saying he used to receive ‘a million’ of calls when he was on top of his game.