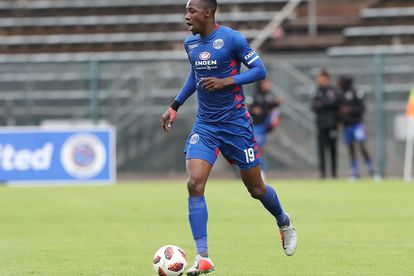 However, the Zimbabwean international is unlikely to be fir for selection any time soon as he has been sidelined for some time due to injury and will need to work his way back to full fitness.

READ | TOP SA COMMENTATOR CALLED UP TO DO DUTY AT AFCON

In and interview with Sekhukhune United’s media department, Rusike confirmed he is on the road to recovery after his injury.

“First things first, you have to be fit to be able to play again and to be back in the game. I have been out for some time and I have been doing rehab for almost four months now and I completed it in December,” Rusike said.

“But I have been pushing very hard with fitness trainers and all that. They pushed me to be where I am right now and I need to get the confidence back and to test myself where I am.

“I’m still in Zimbabwe at the moment. Since I have been out of action, I have been itching to come back to training,” he said.

“Every team has their philosophy when it comes to training. SuperSport is different from Sekhukhune and the technical team is quite different and I’m looking forward to working with the coaches here.

“I will use my strength for the success of the team, taking on defenders and getting goals, creating them and all that.

“That will be my focus once I start playing to help the team go forward,” he concluded.

Sekhukhune United will next play Royal AM

Sekhukhune United are currently in eighth place in the DStv Premiership standings with 25 points after 17 matches this season.

They will next be in league action away to Royal AM on Tuesday, 15 February.