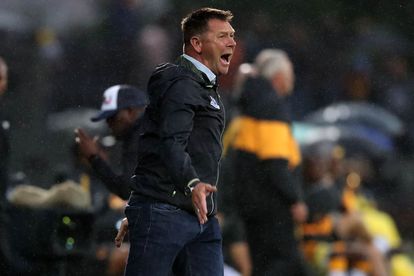 Eric Tinkler says he’s excited to be back at Cape Town City and is eager to win more silverware with the DStv Premiership club.

The former Citizens’ head coach, who was in charge of Cape Town City at their inception, has made a return after a number of years away.

Eric Tinkler will take over following the departure of Jan Olde Riekerink.

Cape Town City confirmed the exit of Riekerink last Friday after placing him under administrative leave two weeks prior due to a string of poor results.

Having guided Cape Town City to a third-place league finish and to winning the Telkom Knockout in his first stint, Eric Tinkler says he has set his sights even higher this time.

He said on IOL: “I am extremely excited to be back at Cape Town City. I had a very successful season in 2016 with CT City. A lot of fond memories and to come back here and hopefully replicate what we achieved back in 2016 and improve on that will be the main target.

“I think what I have seen with this club is that is was successful under me, and then had a good season under Benni (McCarthy) by winning the MTN8, but hasn’t achieved much after that. We would like to see that change.

“I have come here because I want to win things and to achieve things. I think Cape Town City has all the elements to achieve that.”

Cape Town City are currently seventh in the DStv Premiership standings and all-but assured of a top 8 finish this season with two matches remaining.

They will next be in action at home against bottom side Black Leopards on Wednesday, 2 June (17:00) and wrap up their campaign away to champions-elect Mamelodi Sundowns on Saturday, 5 June (15:00).