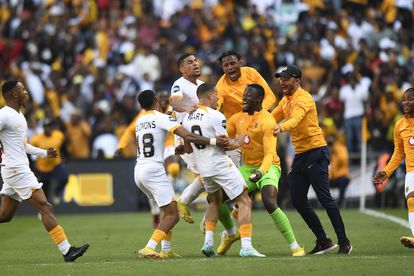 This past weekend gave us the last dance of the DStv Premiership before the FIFA World Cup break. Here’s a look at the updated league standings.

It was all about the Soweto derby and it provided a shock for many with Kaizer Chiefs claiming a 1-0 victory to move up to the third place on the table.

Football enthusiasts can’t stop talking about Yusuf Maart’s contender of the Goal of the Season which proved to be the winner for Amakhosi.

Later in the day Mamelodi Sundowns thumped Royal AM 3-0 to make it two wins out of two since Rhulani Mokwena was appointed as sole head coach last week.

We also saw Marumo Gallants securing crucial three points when they downed Cape Town City 2-1 to climb to 11th position, distancing themselves from the relegation zone.

On Sunday, AmaZulu coach Romain Folz registered his first win in the Premier Soccer League at the ninth attempt, getting the better of Stellenbosch FC 1-0.