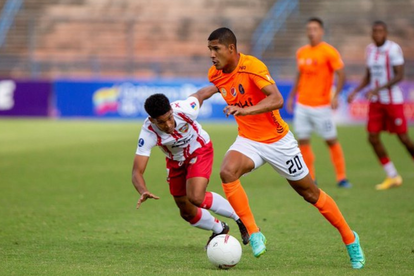 As The South African reported several weeks ago, Mamelodi Sundowns made a surprise signing of Surprise Ralani from the Citizens.

The football community was stunned and battled, why did the DStv Premiership champions sign a 34-year-old player? The club was quick to make solid sense of the decision.

With the club’s other left-wing option Khanyisa Mayo yet to really sparkle since moving to Cape Town City this season, Eric Tinkler was expected to bring in a new face in the number 11 position.

According to an exclusive report from iDiski Times, the hip club have signed Darwin González.

“Cape Town City have completed the signing of Darwin González as the replacement for Bradley Ralani,” iDiski Times said.

“City have cashed in on Ralani in a reported R4-million deal while Fagrie Lakay is also set for a move to Egyptian Premier League side Pyramids.

“The 26-year-old González is set to join as a free agent after leaving Deportivo La Guaira in December just 10 months into his second stint.”

Meanwhile, the club is expected to make the official announcement in the coming hours.

Cape Town City’s Edmilson Dove has reportedly terminated his contract with the DStv Premiership club. He is hoping to sign for a new side before midnight!

According to the report from South Africa’s fast-rising star and Cape Town-based reporter, Makonco M, the Mozambican star terminated his contract with the club on Monday morning. That’s the report. The club didn’t terminate nor was the contract ended on mutual consent, instead, the player terminated the deal.

The report added to say the 27-year-old, who can play his football as either a left-back or central defender, is expected to put pen to paper on a new contract for a different club before the transfer deadline at midnight. Where could he be headed to? Read the full story here.