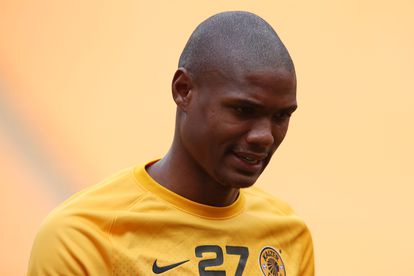 Swallows FC have not had the best start to the season thus far, which was perhaps expected after losing key players like Njabulo Ngcobo.

Furthermore, it seems as if it is in exactly Ngcobo’s department, the defence, that Swallows have suffered the most from during the current DStv Premiership season.

Swallows have been leaking goals of late

While Ngcobo was there last season, they were known for having a defence that gave very little away, and in the many draws that Swallows played, it was that defence that often proved to be the difference between earning a point or suffering a loss.

Now things seem to have changed for Swallows, however, with the team uncharacteristically conceding seven goals in the last three games they have played since Ngcobo’s departure to Soweto rivals Kaizer Chiefs in the close season. That has then prompted the obvious question, does the team miss his defensive qualities? Interim coach Simo Dladla has weighed in.

“I would not talk too much about Njabulo Ngcobo’s influence because I was not around last season,” said Dladla when asked about Ngcobo’s gap in the team. He was speaking after Swallows’ embarrassing 4-0 defeat to Cape Town City in the MTN8 semifinals.

Dladla ,however, downplayed any lack of defensive prowess at Swallows, claiming that it was more a consistency problem than one of missing Ngcobo.

“However, I think we (Swallows) have been defending well in the past games, in particular the last game (a goalless draw against City in a league game). I think we defended well in the first 40 minutes of this one. We just need to be consistent.  I don’t think City did anything special to really put our defence under pressure, the guys just withdrew themselves.”

READ | THABO CELE “I WAS LOOKING FORWARD TO JOINING KAIZER CHIEFS, I WAITED FOR THEM”

It doesn’t get any easier

As if conceding seven goals was not enough Swallows face log leaders Mamelodi Sundowns on Sunday, who have been on a scoring spree.