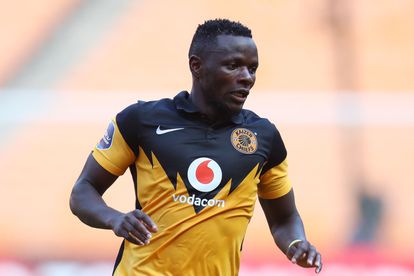 Amazulu and Kaizer Chiefs were involved in what seemed like a heated transfer saga as Amakhosi tried to lure Siyethemba Sithebe six months earlier.

Chiefs’ efforts had become so intense towards the end of the January transfer window, that they reportedly offered Amazulu two players in exchange for Sithebe.

Amazulu then turned those two players down very publicly, with that going on to cause a big stir with regards to South African football supporters on social media. The stir came from the fact that Amazulu chairman Sandile Zungu not only turned the Chiefs players down, but called them “rejects”.

He did not stop by saying that on just one platform, with Zungu reiterating the fact that Chiefs need to respect Amazulu and not offer his club rejects that have not been in the plans of their own coach so far.

Who are these Chiefs players?

Since Zungu’s comments, speculation has been on overdrive as to who those two players Chiefs offered Amazulu are. The guessing games would then obviously begin with the players that have seen minimal game time under Amakhosi coach Stuart Baxter. The three names that were branded about the most seemed to be Lazarous Kambole, Kearyn Baccus and Siphosakhe Ntiya-Ntiya.

Speaking to Marawa Sports Worldwide, Zungu singled out the rumours of Kambole being one of the players Chiefs offered Amazulu and lambasted the media for that link.

“Just to show how terrible media speculation can be, Kambole is not that player. I don’t know how they got it so wrong, he’s not that player, I’m mentioning it here because I don’t want anyone to speculate that a name like that could’ve been disclosed by AmaZulu by stealth, no I will not disclose the names, because I’m not in game of undermining the standing of individual professionals. But it’s certainly not Kambole.” Zungu concluded on the matter.

Is this really a case of media speculation on overdrive? Or that of Zungu trying to cover up the facts to safe guard his reputation as well as that of Amazulu? You decide.