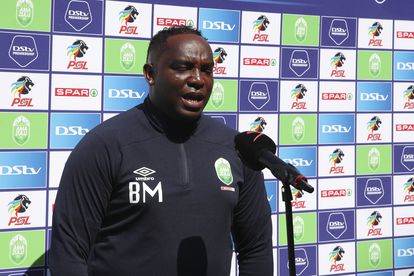 They say in life only two things are certain: death and taxes.

But it may be time to add a third thing to that list: AmaZulu stalemates at home in matches payed on Thursdays.

READ | AMAZULU AND MARUMO GALLANTS DRAW, BUT WHO CHANGED THE KIT? – PICTURE

In case you haven’t been following The South African website, Wednesday’s abandoned DStv Premiership match between AmaZulu and Marumo Gallants was rescheduled for Thursday, 4 November.

READ | WHO IS TENDAI NDORO? 10 THINGS TO KNOW ABOUT THE FORMER ORLANDO PIRATES STRIKER

In incredible scenes, Wednesday’s clash was called off by the officials after just nine minutes due to a clash of kit colours.

While AmaZulu reportedly refused to change into an alternate white kit as a result of being the home side, Marumo Gallants reportedly did not travel to the match with a different coloured jersey.

The match duly went ahead on Thursday and ended in a 0-0 draw.

Incredibly, AmaZulu have now played five league matches at home in the PSL era (since the 1996/97 season) on a Thursday – and ALL five have ended in draws!

Even more remarkable, in those five matches, AmaZulu have scored five goals – and obviously conceded five as well.

According to the Opta guys, those matches were: