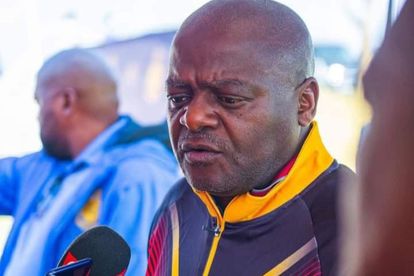 Dan Malesela on how Royal AM plan to approach CAF CC – Photo: Facebook – Everything Soccer

Dan Malesela on how Royal AM plan to approach CAF CC – Photo: Facebook – Everything Soccer

Playing CAF Interclub competitions isn’t a piece of cake. Royal AM will be competing in the CAF Confederation Cup this season. So, what’s their plan?

The club’s co-coach Dan Malesela has revealed how they’ll approach the tournament.

ROYAL AM AIM TO COMPETE FOR CAF CONFEDERATION CUP

Malesela says Royal AM won’t be adding numbers, but will take on rivals with a positive attitude.

“We can achieve, it will all depend, for me, I say go with the flow and see,” he told the media.

“Go everytime with the positive attitude and positive approach.

“We can not go into this competition and say we just wanna participate.

“We have the top eight, we must win.

“We have the league, we must get a very very good position probably better than last season.

“We have Nedbank, you must win. Everytime in the season you must have something to win.

Marumo Gallants also secured a CAF Confederation Cup spot after reaching the 2022 Nedbank Cup final and will be making their second appearance in the competition.

In other news, Royal AM started the DStv Premiership season on a high following a 1-0 victory against Kaizer Chiefs on Saturday.

However, the KZN-based club’s co-coach Dan “Dance” Malesela said it was not a “pretty” win for them.

He went on to add Royal AM were under pressure opening the season against a big club.

“Look obviously it was going to be tough we expected, this is a new team altogether the Kaizer Chiefs team,” Malesela told SuperSport after the game.

“But we said to ourselves let’s look at how we get the three points you know. It’s not gonna be pretty because we’re starting.

“It may not be pretty but if we get three points here, it’s a good start it leads us somewhere.

“These are big clubs you know. Besides anything else players are always under pressure when you’re playing against Kaizer Chiefs, irrespective of what is happening.

“But we appreciate the shift that the boys put in. You cannot ask for more for work rate, you cannot.”