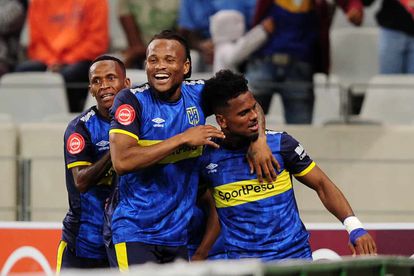 Cape Town City will be looking nervously over their shoulders as they host Bloemfontein Celtic at Athlone Stadium on Sunday.

The team from the Mother City appeared to be moving well clear of the relegation dogfight and into the scrap for top eight positions. After defeat to Polokwane City in their last league game, that is no longer certain.

City still have an outside chance of a top eight finish, with visitors Celtic still very much in the hunt. Phunya Sele Sele tend to struggle away, though, while Jan Olde Riekerink’s men play their best football at home.

At the time of writing, Celtic are reportedly close to signing former Bafana striker Tokelo Rantie, who was unable to take his chance at Cape Town City.

“The fact that we invited him to trial with us means we appreciate his quality. If he does well during this assessment period, we will give him a chance to play for us,” Celtic coach Lehlohonolo Seema was quoted as saying by Sowetan.

“In life we all make mistakes. Sometimes we learn the hard way. There are a lot of players who have been given the second chance and used it correctly.

“So, I am not dwelling on the past with Rantie. The Rantie I met this week is prepared to start on a clean slate, hence we will take it from there.”

Prediction: Celtic have had the better season out of the two teams, but home advantage means Cape Town City will likely get a point from this game.

Cape Town City have a 40% chance of winning according to the odds, but usually only win 21% of games at these odds. Bloem Celtic have been given a 36% chance of victory and actually win 32% of such fixtures.