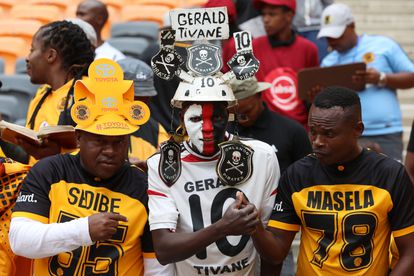 Never say never in football, even when it comes to representing both Orlando Pirates and Kaizer Chiefs.

Could Ndlovu be an option for Kaizer Chiefs?

Siphesihle Ndlovu only just joined SuperSport on a one-year deal, with an option to extend by a further year. According to transfermarkt, he’s actually one of the most valuable PSL players whose current contract will expire in June next year.

Ndlovu has made just five appearances in the DStv Premiership this season. If the unthinkable happens and Chiefs lose Njabulo Blom, a serious contingency plan will be needed. Ndlovu might see a serious pathway to first team football in Soweto at Naturena.

At 26, Ndlovu is an experienced campaigner and has 2 Bafana Bafana caps under his belt.

What do you think, Chiefs fans? Is Ndlovu a player that interests you? Hit us up in the comments.