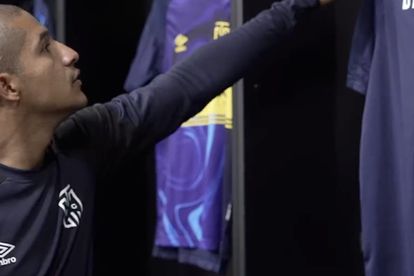 With Mamelodi Sundowns having made the surprise signing of Surprise Ralani from the Citizens, Cape Town City have now snapped up González effectively as a replacement.

Who is the Venezuelan signed by Cape Town City?

González started his career in the Venezuelan Segunda División with Arroceros. In 2015, González joined Venezuelan Primera División side Deportivo La Guaira. He made his debut for the club on 26 April against Zulia, before scoring two goals in his second appearance versus Tucanes seven days later.

He subsequently scored eighteen goals in eighty-one matches across the following 2015, 2016 and 2017 seasons, during which period he also scored goals in the Copa Venezuela and Copa Sudamericana. In July 2017, González was loaned to Patronato of the Argentine Primera División, making three appearances.

On 15 January 2019, González moved to Tunisian football after agreeing a move to Étoile du Sahel; penning a three-and-a-half year contract. However, in 2020, Étoile were handed a transfer ban after failing to pay fees to Deportivo La Guaira for the deal involving González.

Lakay signed with Pyramids until 2024 as per the brief statement released by the Egyptian club, and the 24-year-old was unveiled by his new club minutes before City confirmed the deal in their statement.

Lakay, who scored 13 goals and recorded seven assists for Cape Town City in 2021, has just become a fifth player to leave the club since the start of the year.