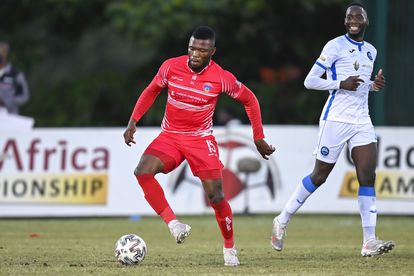 Chippa United welcome TS Galaxy to the Nelson Mandela Bay Stadium for their final DStv Premiership match of the season.

The hosts have already secured their top flight status however the visitors have it all to play for this afternoon!

Chippa United on the other hand have 29 points, four points more than both Baroka and Swallows with one match to go.

Lentjies relieved after avoiding the drop!

“We haven’t conceded much goals either. We are very pleased to walk into the last game of the season with less pressure.

“It’s an achievement for the club. The past three seasons, we have been in the playoff or secured status on the last day, so it’s an improvement.

“It’s very important. For Chippa United to survive relegation, with the poorest home form I have ever seen.

“I’m more encouraged than disappointed in our home form because that is something we need to touch on for next season.

“Monday, we’ll sit and reflect on the season, what we have achieved and what we want to achieve in the next season.

Obviously, deciding who Chippa United want to keep, who you want to bring in. You don’t want to count your chickens before they hatch.”