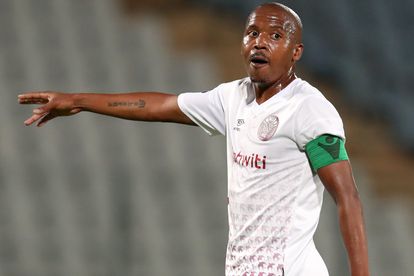 Midfielder Lebohang “Cheeseboy” Mokoena has been left baffled by not being given an explanation by Swallows FC for not renewing his contract. Photo: Backpagepix

Midfielder Lebohang “Cheeseboy” Mokoena has been left baffled by not being given an explanation by Swallows FC for not renewing his contract. Photo: Backpagepix

Veteran midfielder Lebohang “Cheeseboy” Mokoena has been left baffled by not being given an explanation by Swallows FC for not renewing his contract.

Mokeona led the side to promotion to the DStv Premiership in the 2019/20 season and has confirmed that he was not even spoken to regarding the decision to terminate his stay at the Birds.

However, the now 36-year-old is not hanging up his boots just yet and is pondering his next move.

“I’m not with Swallows anymore based on what I was told by the club which was that I shouldn’t report for training anymore,” Mokoena told KickOff.

“I wasn’t given any further explanations, so I don’t know why.

“On the other end, I also don’t know yet what will happen with me going forward because I’m still digesting this matter which caught me a bit offside.

“However, this is football so I will just have to find a way to juggle all of this if it came unexpectedly.

“I’m just giving myself time to give it all a proper thought.

“I don’t know what is going to happen going forward because I don’t have answers for all of that yet.

After three matches this season, Swallows find themselves in seventh place in the standings with four points after one win, one draw and one defeat.

They will next be in action at home against Sekhukhune United on Tuesday, 23 August at 19:30.

Beat the heat: Here are 4 cheap ways to keep your home cool…

IFP: Mayor not present during fatal ambush of councillor