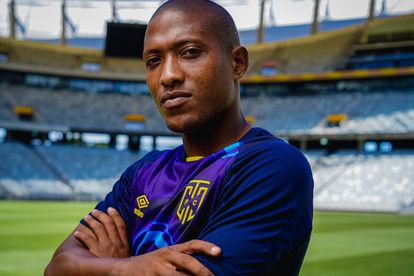 Cape Town City have completed the signing of ABC Motsepe League’s hot property as attempts to replace those who are gone continue.

On Wednesday, City announced the acquisition of Magamat May from Hannover Park FC who campaign in the ABC Motsepe League.

May, 23, was in scintillating form for Hannover Park in the first half of the season as he was directly involved in 22 goals in 10 games.

The young attacker is a product of the now-defunct Ajax Cape Town whom he played for alongside the likes of Grant Margeman.

May was promoted to the Ajax first team but he wasn’t as fortunate at the time as he struggled in the topflight.

However, his form in the ABC Motsepe League left a real impression on City who believe he can add value to the current squad.

City took to their social media platforms to unveil May who will be seen as a long-term solution to the club’s attacking department.

And this is because City recently lost Fagrie Lakay and Abdul Ajagun to Pyramids FC and Al Al Hilal respectively.