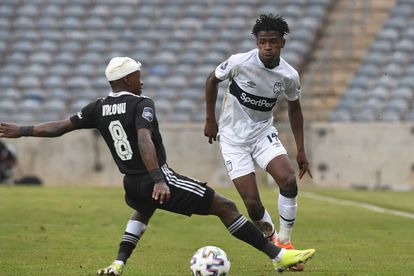 Cape Town City left wing-back Terrence Mashego has ruled out following in the footsteps of Surprise Ralani to Mamelodi Sundowns.

Ralani joined Sundowns on an 18-month deal from City on Tuesday in what was a shock move given his age and the quality the Tshwane giants have.

While Mashego admitted it would be an opportunity for him to play for Sundowns as they are a big team, he feels he wouldn’t get enough game time.

And that’s because Sundowns already have Lyle Lakay, Aubrey Modiba and Sifiso Ngobeni in their ranks.

“To be honest, going to Sundowns would be an opportunity. It would be a big thing because Sundowns is a big team, and they are challenging,” said Mashego in an interview with SA FM.

“But on the football front, I’d like to be fair – I don’t think I might consider that offer because they have Lyle Lakay, they have Aubrey and also Sifiso Ngobeni of which they are doing good,” explained Mashego.

“For me to go there, it would be difficult for me maybe to get game time because of the new environment.

“In addition, they already have Lyle Lakay who has been playing. So, I don’t think I will consider that move like now,” added Mashego.