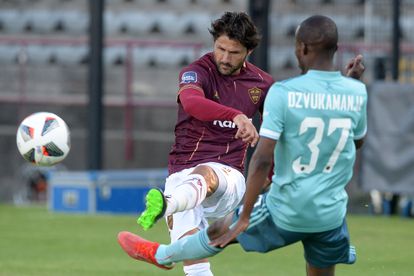 The Citizens are set for a campaign on the continent next term and have been eager to reinforce.

After a second place finish last season, this campaign will be all about backing that up.

To that end they have secured the services of a former Orlando Pirates defender and a man with immense PSL experience.

“City is a big club and they want to be challenging for everything which is really exciting. The first two weeks so far have been really good, really intense, and you can see the intentions from the club, the players and the coaching staff.

“They are serious about what they want to achieve and I am happy to be a part of that. Let’s go and do whatever we can to win whatever we can. I’m looking forward to a really strong season and bring (home) silverware.”

A seasoned veteran, van Heerden made 78 appearances for Stellies in the last three seasons.

He has six international caps to his name and will be valuable to Cape Town City beyond his contributions on the park.

Van Heerden has also twice turned out for Amazulu and spent a spell at Chippa United.

He has revived his career at Stellies playing the vast majority of league matches for the club in the last three seasons after a disappointing second stint at Amazulu which followed his aborted term at Orlando Pirates.

What do I do if my business’ social media account is hacked?

South Africans warned against ‘doing business’ with THIS online influencer