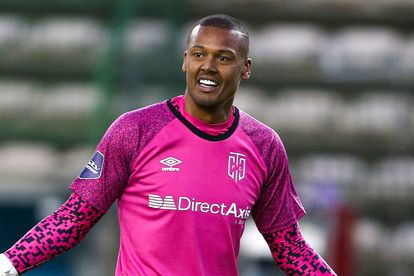 Cape Town City are set lose their top ‘keeper who reportedly requested to be released from his contract to attend to ‘pressing family issues’.

According to FarPost, goalkeeper Hugo Marques is on his way out at the club just over a year after joining them.

The publication reports that Marques is leaving City to focus his attention on family issues back in Portugal – something that will come as a huge blow for the club.

“He has a pressing family issue to attend to, and the club understands his position, and they’re agreeable to letting him go. Saturday’s game may have been his last in Cape Town City colours,” a source told FARPost.

“Of course, leaving amicably, the door may still be open should anything change in the near future.”

In May, Marques was handed a new one-year deal by City, and this was on the back of a fantastic debut season in the DStv Premiership.

The Angola international was pivotal in City finishing second on the log last season, keeping 14 clean sheets in 27 appearances.

Marques went on to become the league’s Goalkeeper of the Season for his efforts in his first campaign with the Citizens.

The lanky shot-stopper was not included in City’s matchday squad for Tuesday’s league match against Maritzburg United as Darren Keet assumed the No.1 role.

READ | AMAZULU COULD SNAP UP YET ANOTHER FORMER KAIZER CHIEFS STAR!

City chairman John Comitis didn’t want to comment on Marques’ situation when speaking to SABC Sport but revealed an announcement will be made in the next 24 hours.