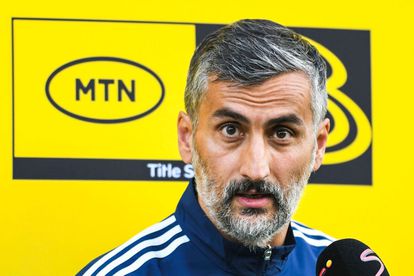 Orlando Pirates coach Jose Riveiro is trying not to get carried away by positive early results in the DStv Premiership this season.

Despite struggling to find the back of the net, Pirates have been technically sound and have also found a way to get results.

Jose Riveiro not counting any chickens

Even though they top the log at this early stage, Riveiro isn’t entertaining thoughts of a title push right now.

“It’s too early to talk about those things, in my opinion, we are in a process that we started seven weeks ago,” he told gathered media in Soweto.

“We played a lot of games in a very short period, so the process is getting even more difficult because we don’t have time to train, adapt, to implement new things, all the things we’re learning is from the competition that we know we need to do better and correct, is not even possible to do it during the weeks, so it’s too early to say who’s going to be fighting for what.

“We know what we have in our hands; I’ve said this many times. We know the badge that we represent, we are ambitious; I don’t think about objectives in December or February next year, I’m thinking about the next game.

“That’s what we try to do with the players; we don’t see anybody else than the next opponent, so we don’t think about Mamelodi or who knows who’s going to be there on top, and we need to challenge, we don’t know. So far, we’re on top of the table.

“We’re extremely happy because we have to enjoy every good moment, you know during the season.”

Gavin Hunt, whose SuperSport United team face Sundowns in the MTN 8 on Sunday, believes only Orlando Pirates can mount a serious challenge to dethrone the Brazilians.

“They’ve signed well, and they’ve got a hell of a squad. They are the closest team to challenge Sundowns. There’s no doubt about that; I don’t think there’s anybody else,” he said.